Getting a clinical research job in Quebec, Canada – challenges and preparation in advance 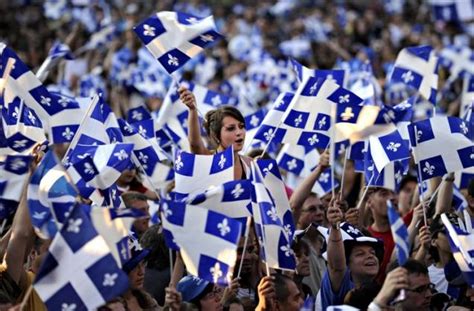 Challenges and solutions for getting faster a clinical research job in Quebec, Canada

Quebec is the only entirely francophone province of Canada

The official language in Quebec is only French. It is the only province, where French is the language of the majority of the population (79%), and the only province in Canada, in which it is the sole official language. Despite that fact, a lot of people speak both languages, especially the younger generations. This makes it a great place to live and work for newcomers from francophone countries.

French has been recognized as an official language together with English in the Official Languages Act of 1969 and both languages are recognized as having equal status in the government of Canada. To work in public institutions you need to be fully bilingual.

Face-to-face interaction on-site, particularly outside of Montreal, may be primarily in French. In many regions, some older study participants, site staff, vendors, and other stakeholders may be unilingual Francophones. Therefore, in Quebec the interviews for clinical research jobs are always in both languages.

French is always required in Quebec even if all the work in phase III of the clinical trials is done in English. Clinical trials are always international and are conducted in 36-38 countries or more to study the effects on the new product on different ethnic groups. The protocol, the Sponsor SOPs, the study documents and correspondence are in English, as this is the only common language of communication. However, the study subjects do not always speak English. Hence the need of bilingual staff.

This said, not all the jobs require to communicate with external partners, like for ex., Data Management roles, but your French will still be verified. Due to the high shortage of experienced staff, you may soon be offered a promotion to some role, requiring more communications in French. Not speaking it will limit your career growth.

For most of the roles, perfection in French is generally not required, unless it involves writing publications and articles. The goal is to be functional, to understand what you need to do, and do it correctly, and to make yourself understood during interactions with the others and at telephone communications. So relax and take it easy.

What is the solution for this challenge

The requirement of speaking French is blocking the way for foreign-trained candidates, who for family reasons or other considerations decide to settle in Quebec. For those, who come to study in an Anglophone university like McGill or Concordia, and who are considering to stay in Quebec, the only solution to this challenge is to start studying French as early as possible. When you finish your studies it will be too late.

It may take a few years to become sufficiently functional in the language. The time during the immigration procedures is a good opportunity to prepare in advance, and also to acquire more points for the Express Entry program. Demonstrating that you are highly motivated and do what it takes, positions you as a reliable future contributor.

There are many online courses for beginners, which provide the needed flexibility. We also offer such a service. After arrival, there are free French courses organized by the government, where you can continue to improve your French. Having already some initial knowledge will help a lot, and you will show a good proof that you are actively working to increase your qualification. Employers like proactive and passionate people.

With the right spirit of picking up French along with fundamental Clinical Research skills, Quebec is a great place to work and grow in this field. Bilingual staff is in big demand all the time because other provinces also have francophone population. All our bilingual students got jobs and we are short of bilingual candidates to refer.

Start working on that issue in advance to be ready for applying immediately after arrival and avoid delaying your access to these rewarding jobs.

P.S. If you are interested to learn how you can learn or improve your language skills without losing time and money, send a request by email to info@cra-school.com and you will get a detailed publication with many practical suggestions how to do it.